A Lawyer-Scientist Always Ready to Help
Speak With Someone Now 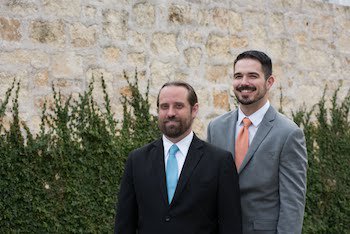 As a criminal defense lawyer, I never get to decide whether a client takes a plea bargain or whether I try the case. Both the United States and Texas constitutions demand that decision to be made by the accused. So, as a lawyer, I judge a case to be successfully concluded when one of two things happens: either I win a trial or motion, or a client decides they want to take the deal offered by the prosecutor. In evaluating the cases I have handled over the past 3 years, I am very confident in saying I have achieved a successful result in 99% of those cases.

In both 2013 and 2014, I completed each year without losing a single trial. In 2015, I got about 45 cases dismissed or won at trial. During that time I have only lost one case. That guy ended up having to pay $25 in court costs and had no other probation; but I still lost sleep over losing the trial.

Nowadays, every person’s case hinges upon unique facts, but I believe the results I have had over the past several years speak volumes about how dedicated I am to results in my client’s cases. Give me a call so we can talk about how to make your case the next case on this list!

Very difficult DWI 2nd case and a weapon case from the same day. I was hired after the previous attorney refused to try the case because he said it was too difficult. While it was a difficult case, I fought with the prosecutor over the admissibility of their evidence and, after many hearings, convinced the state to DISMISS BOTH CHARGES.

A client was charged with stealing a car. Unfortunately, the client was caught red-handed. I was able to get the client DEFERRED PROBATION ON A FELONY.

In this case, the client had a car accident and left the scene. I was able to work with the client's insurance company and the prosecutor to get him a REDUCTION and UNSUPERVISED DEFERRED.

A client was a commercial truck driver charged with driving an overweight vehicle. The prosecution originally wanted over $3000 in fees. After an attack on the maintenance of the scale used to measure the truck, I was able to force the state to DISMISS the case.

A client hired me more than halfway through the case and after significant rulings against them. The original offer was to do 8 years in prison. Through diligent attacks on the scientific processes the state was using, I was able to change the plea bargain to two years probation. Because the client had already been to prison before, this was an excellent result on a difficult case. FELONY PROBATION GRANTED.

My client had gone through six years of a ten-year probation without violating, and his probation officer decided to file a motion to revoke his probation based on one positive drug test. I fought the allegations of the probation officer and managed to get the client's PROBATION TERMINATED even though he had four more years of probation to do. The client went home with no additional cost or time to serve in jail.

This was a DWI 2nd with a high blood test. I was able to get the blood test excluded from evidence, which made it a pretty good case for the defense. I was prepared to go to trial and explained the risks to the client. He decided he would rather take a deal that saw him serve NO PROBATION for the offense as it was reduced to a DWI 1st.

One Location To Serve You